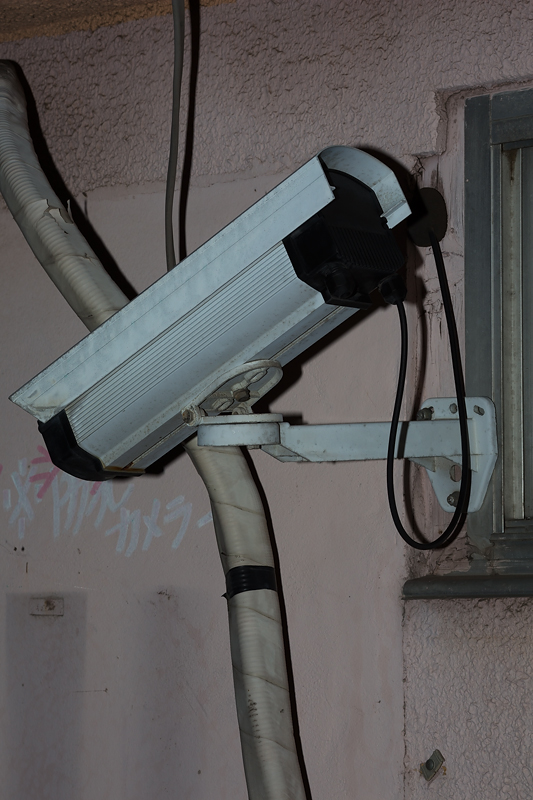 Photography
Following the closure of his Manhattan-based space, the John Daniels Gallery, in the late 1960s, Graham turned to magazines as the primary venue for his art. In addition to contributing art and music criticism, Graham created text and photographic pieces often published between the magazines’ advertisements.[6] Of his magazine work, Graham said,

There was this whole idea of defeating monetary value in the air in the ’60s, so my idea was to put things in magazine pages where they’d be disposable with no value. And that was a hybrid also because the work was a combination of art criticism and essay: magazine page as an artwork.[7]

These photographs question the relationship between public and private architecture and the ways in which each space affects behavior. Some of his first conceptual works dealt with different forms of printed artwork of numeric sequences. In 1965 Graham’s began shooting color photographs for his series Homes For America. All the photographs taken were of single-family homes, new shopping precincts, truck depots and roadside diners around the American suburbs. This photo series, one of the first artworks in the space of text, was published as a twopage spread in Arts Magazine. The "article" is an assembly of texts including his photographs. The photographs were also chosen for the exhibition "Projected Art" at the Finch College Museum of Art. In 1969, Graham focused on performance and film that explored the social dynamic of the audience, incorporating them into the work, leading to an 80 ft photo series, Sunset to Sunrise.[8]

Two publications were presented in conjunction with the exhibition “Lothar Baumgarten: Seven Sounds / Seven Circles.” One is a CD set featuring seven audio pieces, phonic compositions with a sculptural character. Accompanying these acoustic works are photographic images and a text by the artist. The second publication is a book edited by Kaira M. Cabañas in cooperation with the Kunsthaus Bregenz. It includes four newly commissioned essays that reflect Lothar Baumgarten’s work and way of thinking, thereby representing the complexity of his artistic standpoint. In addition to the essays, the volume includes an interview with the artist by Christian Rattemeyer, an exhibition history, as well as a selection of Baumgarten’s photographs taken at Denning’s Point on the Hudson River in the years 2003–06. As with previous books by the artist, the form and typography of both publications were conceived by Walter Nikkels for and with Lothar Baumgarten. Catalogue book German and English editions Ed. by Kunsthaus Bregenz and Kaira M. Cabañas With contributions by T. Bartscherer, C. Buckley, J. Curley, C. Rattemeyer, and A. Rosenblum Martín Typography: Walter Nikkels 168 pages, 22.5 x 30.5 cm, 48 illustrations, softcover CD Set 7 audio CDs Supplementary booklet: 16 pages, 14.5 x 13 cm, 8 illustrations Special edition with signed print Onlineshop: http://www.kunsthaus-bregenz.at Contact: Antje Roth Phone 0043 5574 485 94-416 Fax 0043 5574 485 94-408 a.roth@kunsthaus-bregenz.at Kunsthaus Bregenz Karl-Tizian-Platz Postfach 371 A-6901 Bregenz T(+43-55 74) 4 85 94-0 F(+43-55 74) 4 85 94-8 kub@kunsthaus-bregenz.at http://www.kunsthaus-bregenz.at